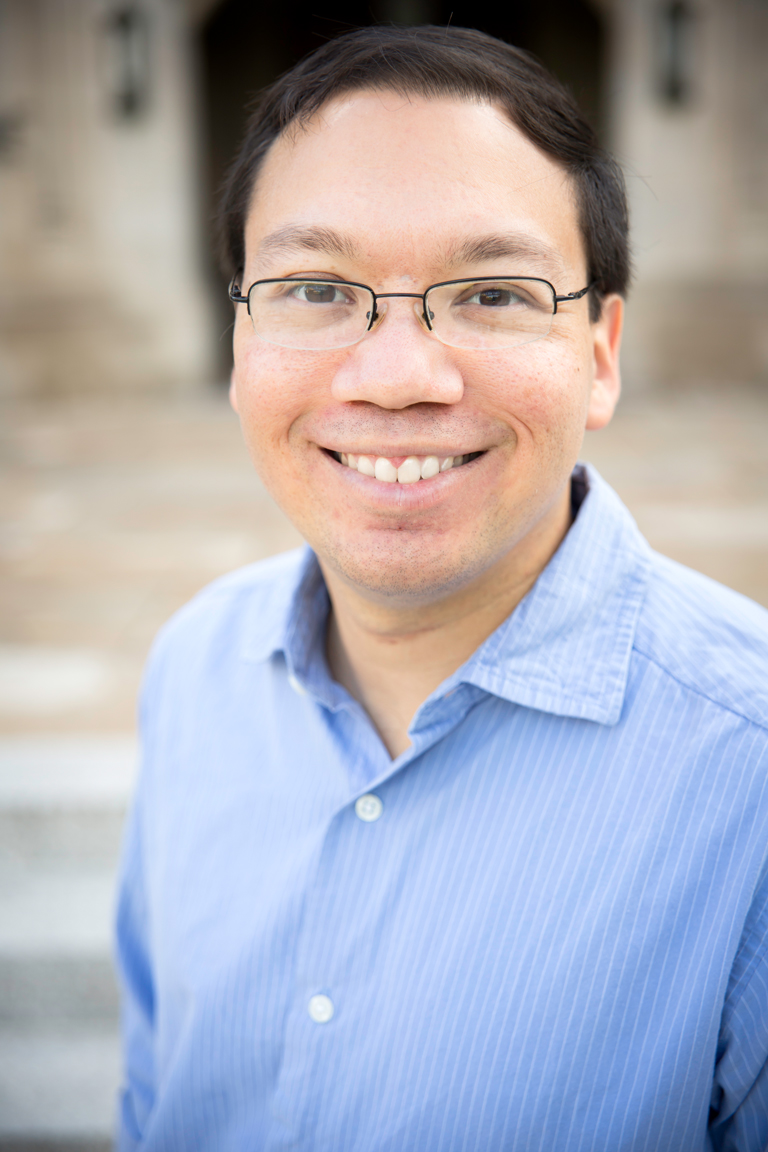 Roger Zare has been praised for his “enviable grasp of orchestration” (New York Times) and for writing music with “formal clarity and an alluringly mercurial surface.” His music often takes inspiration from science, nature, mathematics, and mythology. Currently based in Chicago, he was born in Sarasota, Florida, and began playing piano at age 5 and violin at age 11; he started composing at age 14. Roger holds a Doctorate of Musical Arts (2012) from the University of Michigan, a Master of Music (2009) from the Peabody Conservatory of Music, and a Bachelor of Music (2007) from the University of Southern California. Zare currently serves as instructional assistant professor of theory and composition at Illinois State University and is also serving as treasurer on the board of directors of New Music Chicago.

An award-winning composer, Roger has written works for a variety of ensembles, including solo, chamber, choral, and full orchestra works. In early 2005, the New York Youth Symphony commissioned Roger to write an orchestral piece for them as part of their First Music competition. The 65th composer to win this commission, Roger wrote an orchestral composition titled The Other Rainbow, which was premiered in Carnegie Hall in February 2006. In 2007, Roger won a BMI student composer award for his orchestral work, Green Flash, and has subsequently been awarded the 2009 ASCAP Foundation Rudolf Nissim Prize and the 2008 American Composers Orchestra Underwood Commission for the same work. Another of Zare's orchestral works, Aerodynamics, received a 2009 BMI student composer award and was premiered by the Minnesota Orchestra as part of the 2009 Minnesota Orchestra Composer Institute. Zare has also received a Charles Ives Scholarship from the American Academy of Arts and Letters and was a fellowship recipient at the 2010 Aspen Composition Masterclass and the 2010 Cabrillo Festival of New Music Composer-Conductor workshop. He has been composer in residence of the Chamber Music Festival of Lexington (2010) and the SONAR new music ensemble (2008-present). His recent clarinet concerto, Bennu's Fire, was written for and premiered by Alexander Fiterstein at the 2011 International Clarinet Association's ClarinetFest and was the recipient of both a BMI Student Composer Award and an ASCAP Morton Gould Award.

In 2012, Zare served as composer in residence with the Salt Bay Chamberfest in Damariscotta, Maine, and made three trips throughout the summer to present about his music to patrons of the festival. Through a program called "Sound Investment," he was commissioned by a consortium of patrons to write a new piece for the festival, On the Electrodynamics of Moving Bodies. Later in 2012, he was named 2012-13 Composer of the Year with the Sioux City Symphony and held a week-long residency in the Sioux City area, lecturing at various local colleges and teaching a composition master class at the University of South Dakota. The week culminated with the premiere of his Spectral Fanfare and a performance of Aerodynamics by the Sioux City Symphony, with Ryan Haskins conducting. Also in 2012, Zare organized, with the help of the venerable H. Robert Reynolds, a consortium of 29 wind ensembles across the country to commission a band transcription of his string piece, Mare Tranquillitatis. The string version of this work is currently published by FJH Music, and a number of his orchestral works, including Green Flash, are now published by the Theodore Presser Company. His wind ensemble composition, Lift-Off, won first place in the third annual Frank Ticheli Composition Competition and is published by Manhattan Beach Music. While a participant at the 3rd Intimacy of Creativity workshop in Hong Kong, Zare's work, Geometries, was awarded the audience favorite prize This resulted in Zare's return to Hong Kong in January 2014 to perform Geometries with Cho-Liang Lin, violin; Jian Wang, cello; and Burt Hara, clarinet at the 2014 Hong Kong International Chamber Music Festival.

Embracing his love of science, in July, 2014, Zare participated in a workshop presented by CERN at the Montreux International Jazz Festival, The Physics of Music and the Music of Physics. Across the lake from the Large Hadron Collider, the Donald Sinta Quartet joined him in Switzerland and performed his saxophone quartets, LHC and Z(4430). Also during the summer of 2014, Zare was a participant in the inaugural Dulwich International Music Academy in Beijing, China, where his work for six cellos, Chameleon, was premiered by the cellist Jacob Shaw. During the spring of 2015, Zare's orchestral work, Tectonics, triumphed in the 3rd Senzoku Contemporary Composition Competition, held in Tokyo. Tectonics was performed by the Senzoku New Philharmonic Orchestra and was awarded first prize in the orchestral category of the competition. Also in 2015, Zare was commissioned by the Chesapeake Chamber Music Festival to write a quartet for oboe, clarinet, cello, and piano. His work for this festival, New Horizons, describes the journey to Pluto and beyond of NASA's probe of the same name. To celebrate their centennial, Missouri Western State University commissioned Zare to compose a work for choir and wind ensemble. The resulting composition, We Are the Movers and Shakers, was premiered on October 16, 2015. In 2015, Zare was also awarded a residency at Copland House, where he will work on a commission for a saxophone sonata from up-and-coming saxophonist Scotty Phillips and a suite for orchestra based on the four classical elements.

During the first half of 2016, Zare was involved in a project that combined physics, dance, and music. Far From Equilibrium was a collaboration between physicist Elizabeth Hicks, choreographer Megan Rhyme, and Zare composed a twenty-minute clarinet quartet based on the scientific shapes of turbulence that was premiered with seven dancers at Links Hall at Constellation in Chicago in June. Also in the spring of 2016, Zare was awarded the grand prize in the inaugural China-US Composers Project Emerging Composers Competition for his orchestral work, Fractal Miniatures. His work was performed at the Beijing Modern Music Festival by the EOS Repertoire Orchestra under the baton of Jiao Wang. Later in 2016, Zare attended the Bowdoin International Music Festival as the Kaplan Fellow in composition, helping to coordinate the composition program under Derek Bermel as well as teaching and performing throughout the summer.

In 2017, Zare was invited to participate in the Gabriela Lena Frank Creative Academy of Music. Making two trips to Boonville in the spring and fall, California, Zare wrote his violin duo, Escher Triptych, for Johnny Gandelsman and Joshua Roman. 2018 featured two big commissions for Zare. The first, by the Flute and Clarinet Duos Consortium, produced Zodiacal Light, a trio for flute, clarinet and piano, that was jointly commissioned by 23 ensembles. The second was commissioned by a consortium of wind ensembles led by John Climer and the University of Wisconsin Milwaukee Wind Ensemble for an oboe concerto. The resulting work, Ocean of Undiscovered Truth, will be premiered in the 2019 calendar year.

During his years at USC’s Thornton School of Music, Roger studied with Donald Crockett, Tamar Diesendruck, Frederick Lesemann, and Morten Lauridsen. At Peabody, Roger studied with Christopher Theofanidis, David Smooke, and Derek Bermel, and at the University of Michigan, Roger studied with Bright Sheng, Michael Daugherty, Kristin Kuster, and Paul Schoenfield. He is a member of ASCAP and the Blue Dot Collective.

Click here for a shortened bio if this biography is too long for publications.